I participated in a vendor fair this weekend. I knew going in that it was almost all direct sales, so I really had pretty low expectations for the whole thing. I really had two goals, both of which I met. One, the hard one, was to sell enough to AT LEAST make back the vendor fee. And I did. Not by much, but I did. So that’s happy. The other one I knew I would meet, but in some ways was far more important. I was REALLY ambitious with my displays and setup. I made or altered just about everything I put on my table. I had a really great time doing it, but it was a lot of work, and I really wasn’t sure how it would all come together.

But let’s back up. This is where I started. My idea came last summer at our church’s rummage sale. This lattice was there, and some frames. So, for $10, they became mine. I painted them to make them awesome. And so it began…

Then I had to figure out what to put IN the frames. I knew kind of what I wanted, but I needed to figure out how to make it happen. That’s usually the part where I run into to trouble. But it came together. I tried making something 100% from scratch, but it didn’t go well. And then it dawned on me that I HAD something that would work as a mold. *face palm* So I busted out some velvet displays, covered them with foil so I wouldn’t totally destroy the originals, and off I went.

I decoupaged each of them differently, which was a pain and a lot of fun. I’m not totally satisfied with all of them, but they were close enough for the show.

Then it was just a matter of pulling it all together and making it actually WORK.

I put most of it up in the garage to just do a general “does everything stay where I put it?” kind of test. The most unexpected issue involved the frames. You know how no matter what you do, your pictures always hang just a little off? I was totally cool with that because I didn’t want these frames to hang square. Well… these frames did not want to sit all wonky like I wanted them to. They all hung totally straight. I had to tie them so they would be crooked. The ONE thing I was figuring wouldn’t need any extra thought/effort… Oh well. I got it figured out.

Here’s the beginnings of the setup:

Some things just don’t come to light until you actually set up AT the event, in that specific space. And I have to say… overall it worked out how I wanted it. It felt really good to take an idea from beginning to end, and have it come out darn close to what you wanted it to be. There are definitely some kinks that need to be worked out, but they are pretty minor.

So, even though my inventory wasn’t exactly flying off the tables, I still count the event as an overall success. I learned a LOT, and hopefully I’m on the right track for getting my products out there for people to see (and hopefully buy).

PS: Keep an eye on Facebook for a sale coming up! Also… Mother’s Day is coming! 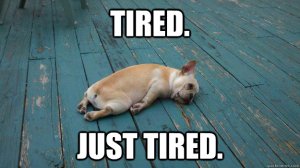 Now that the Build-A-Line Challenge is over, it’s back to life as usual, right? Yeah… No. I’m not sure I would go back even if I could. I feel so much better about the path I am on now. And it’s a path I had been meaning to take for a while. The challenge was really just that final push to really go for it.

So… what did I learn and take away from the whole thing?

The actual concept of what we were doing with this challenge made sense to me. I wasn’t surprised by the expectations or even what Brenda meant by creating a line. Don’t get me wrong… I still learned a lot about creating a line. I definitely am not saying I knew everything about it. I just understood the concept. This class really got down to the nitty and the gritty with it all. I had already decided before this challenge that I needed to narrow down the scope of what I make, and be more focused and consistent. This just gave me the push to actually DO it. I’ve really had to rein in pretty much everything I do, from buying supplies to how I photograph the final products.

What I DID learn about was the rest of it. The stuff I don’t want to have as part of my reality, but it’s really a bigger part than the actual jewelry making itself. It’s the marketing stuff. And really, I kinda knew about that, too, but I was in denial about how important it was. Right now, that part takes as much time as the making side. It drives me crazy. But it’s necessary. Really necessary. So we talked about SEO, photography, packaging, and about a million other topics.

I asked a LOT of questions in our private forums. I’m nosy. I can’t help it. I consider it one of my special gifts. 😉 I figure other people are probably wondering the same things. And I also figure it makes more sense to learn from other people’s mistakes/successes/experiences. Maybe that’s the lazy way? I don’t know, but it makes sense to me to ask. If no one answers, then you move on. If they do, you apply what they tell you, and determine how to use the info (or not, depending) for your own gig.

Probably the biggest thing I learned in the three months of really trying to focus more was that I need to be more intentional when it comes to jewelry making. I need to schedule times for making, photographing, promoting, listing, etc. It’s not easy to find time consistently as a stay-at-home mom. And I’m still at a stage that my kids, husband, and home are still my main focus. That’s just where I’m at in life. But I’m feeling more like I can make Jewelry Making come up a little higher on the list. Now that I’m more focused on what I make, sticking more to one style, it helps simplify the creative process, which makes me more productive. And a whole lot more confident in what I am making, and how likely it is to sell.

So really… I learned a lot in this challenge, but I still have a LONG way to go. One thing I know for sure is that I wouldn’t trade this experience for the world. Brenda, the BALC instructor and owner of B’Sue Boutiques, is so full of knowledge and experience, and it blows me away how generously she shared all of that with us. 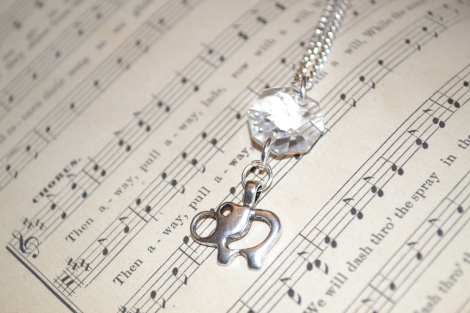